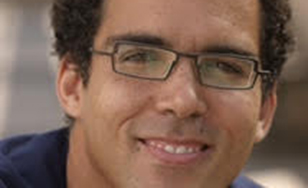 St. Scholastica will host Yale law professor and social justice leader James Forman, Jr. for a presentation on "Growing Up Black in Urban America" at 7:30 p.m. Tuesday, Nov. 15, in the Mitchell Auditorium. It's part of St. Scholastica's Alworth Peace and Justice Lecture Series, which has a theme this year of "Voices of America." The presentation is free and open to the public.

"He acknowledges the successes he has had, thanks to the work of the previous generation," said lecture organizer Tom Morgan, associate professor of Global, Cultural and Language Studies and Director of the Alworth Center for the Study of Peace and Justice.

James Forman, Jr. worked as a public defender in Washington, D.C., where he first encountered the racial inequities in the criminal justice system, Morgan said. Currently a clinical professor of law at Yale, he runs a seminar on race and the criminal justice system. He also runs a clinic in which he and his students represent young people facing expulsion from school for discipline violations and work to keep them on track toward graduation.

In 1997, Forman cofounded the Maya Angelou Public Charter School in Washington, D.C., an alternative school for dropouts and youth who had previously been arrested. He is the author of the forthcoming book, "Locking Up Our Own: Crime and Punishment in Black America."

The rest of this year's lecture series includes:
Thursday, Feb. 9, 2017: A Progressive Argument to Reduce Immigration with Philip Cafaro
Tuesday, March 7: Justice and U.S. Immigration Policy with Aviva Chomsky
Thursday, March 30: The State of Native Nations with Karen Diver
All presentations will be held at 7:30 p.m. in the Mitchell Auditorium.