District Court judge to speak at commencement May 13 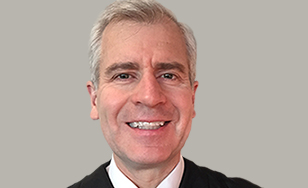 St. Scholastica will hold its spring 2017 commencement ceremony at 2 p.m. Saturday, May 13 at Amsoil Arena.

The commencement address will be provided by The Honorable Patrick J. Schiltz, a 1981 St. Scholastica graduate and a United States District Judge, District of Minnesota.

Schiltz left private practice in 1995 to join the faculty of Notre Dame Law School, where he quickly became a popular professor and a nationally recognized scholar in the areas of legal ethics and appellate procedure. The class of 1999 elected Schiltz as "Teacher of the Year."

In 2000, Schiltz left Notre Dame to become the founding associate dean of the University of St. Thomas School of Law. In 2002, Schiltz was named the St. Thomas More Chair in Law, the first endowed chair at the School of Law.

From 1997 to 2006, Schiltz served as the Reporter to the Advisory Committee on the Federal Rules of Appellate Procedure. In that capacity, he worked closely with many federal judges, including Judge John G. Roberts, Jr. and Judge Samuel A. Alito, Jr.

Schiltz was nominated to the federal bench by President George W. Bush on Dec. 14, 2005, and his nomination was unanimously confirmed by the U.S. Senate on April 26, 2006.

Schiltz is married to Elizabeth R. Schiltz, a professor at the University of St. Thomas School of Law. They have four children.

The student address will be provided by Corey Bardon, 2017 Leadership Award Recipient and candidate for graduation.