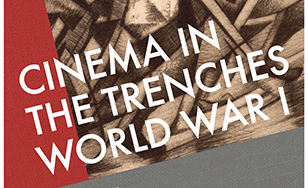 To mark the 100th anniversary of the final year of World War I, St. Scholastica will host three cultural events.

The first is Cinema in the Trenches, a free festival of classic WWI films, on April 6 and 7. The festival will include three movies, each of which will be introduced by a St. Scholastica faculty member. The event is free and open to the public, and refreshments will be provided.

Each film highlights different aspects of the war, from trench warfare to prison camp escapes to high-flying aerial combat. All films will be screened at Burns Wellness Commons Lecture Hall 249 on the College’s Duluth campus at 1200 Kenwood Ave.

6:30 p.m. Saturday, April 7
Howard Hughes’ “Hell’s Angels” (1930, 2 hrs. 7 min.)
Introduced by Tammy Ostrander, PhD (Dean of School of Arts and Letters)
Produced by Howard Hughes, this spectacle focuses on the air war between Britain and Germany. Featuring impressively choreographed aerial battles, this action epic had a difficult production history. Several pilots died during filming and it was one of the most expensive movies of its time. Taking nearly three years to produce, “Hell’s Angels” is evidence of Hughes’ wealth, power and uncompromising vision.

Cinema in the Trenches is sponsored by St. Scholastica’s Department of Communication, Theatre and Art; the School of Arts and Letters; and the St. Scholastica Library.

The third event is a talk and recital, “Philosophy and Music after the Great War.” Assistant Professor of Music Nicholas Susi will perform a left-handed concerto, “Piano Concerto in D major for the Left Hand.” The piece was written by French composer Joseph Maurice Ravel for Austrian pianist Paul Wittgenstein, who lost his right arm in the war. Professor of Philosophy Steve Ostovich will provide remarks about the musical work. The recital will be at 7:30 p.m. April 20 in the Mitchell Auditorium.