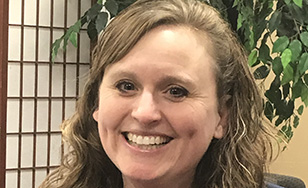 A St. Scholastica professor will discuss the history of Jewish song as it relates to environmental and social justice during a free presentation on Jan. 25.

Jewish connections with the earth, through prayer and the agricultural cycle, run vividly through Torah and Talmudic writings, Carter Vosen said. A history of late 19th and early 20th century utopian farming communities in Israel and especially in the United States is one of many streams feeding a presently flourishing earth-based Judaism. The experiential agricultural and wilderness organizations currently cropping up throughout our country are also rooted in experimental Jewish spiritual communities of the 1960s and 70s and enlivened by the mystical thought and social justice imperatives knit into their prayer, study, work, and protest.

In all of these settings, Carter Vosen said, song has served as an energizing force to carry memory, awaken imagination, reconnect people to land and each other, replenish hope, and ultimately, to spur their environmental and social justice work. In her presentation, Carter Vosen will draw together the threads of a web of communal, justice-infused song practices that are repurposing religious tradition from being, as one current spiritual and song leader expresses it, “an object of veneration kept locked up in a box” to a living, breathing tradition with “calluses on its hands and dirt under its fingernails.”

The talk will be followed by a question-and-answer session. The event is free and open to the public, and refreshments will be provided. The School of Arts and Letters Colloquium, a monthly lecture series highlighting faculty research in the SAL, is in its 12th year.