Home » About Us » News » Presidential inauguration coming up Feb. 10 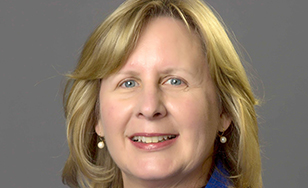 The College will inaugurate its 13th president, Dr. Barbara McDonald, during a ceremony on campus on Feb. 10.

McDonald began her duties as St. Scholastica’s 13th president on Aug. 5, 2019, after retiring from the Minnesota State higher education system. She came to St. Scholastica from North Hennepin Community College in Brooklyn Park, MN, where she had served as president since 2015.

McDonald’s work within the Minnesota State system started at Rainy River Community College in International Falls, MN, where from 1997 to 1999 she taught and served as faculty assessment and service learning coordinator. From 2000 to 2014 she served in various leadership roles in academic and student affairs at Itasca Community College in Grand Rapids, MN, where she was promoted to provost. She then served as interim president for one year at Minnesota West Community and Technical College based in Worthington, MN.

McDonald grew up in Beirut, Lebanon, and early in her career she and her family lived and worked abroad for many years in Africa, Europe, the Middle East, and Asia.

She succeeded President Colette Geary, who announced in January 2019 that she would depart St. Scholastica to spend more time with her family.

The inauguration’s organizers are taking steps to make the inauguration reception a sustainable event. It will feature locally sourced food and beverages and single-stream compostable plates and flatware.

The date of President McDonald’s inauguration coincides with the Feast of St. Scholastica, a celebration of the College’s namesake.