Home » About Us » News » Lecture explores roots of Israeli-Palestinian conflict 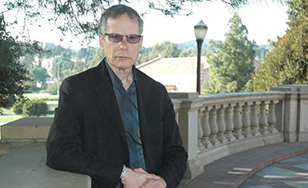 A nationally known scholar of Middle Eastern history will give a free talk on “The Roots of the Israeli-Palestinian Dispute” at St. Scholastica.

James L. Gelvin will speak at 7:30 p.m. Thursday, Sept. 27, in the Mitchell Auditorium on the St. Scholastica campus. The event is free and open to the public. A reception will follow.

Gelvin, an award-winning lecturer, will look at what fueled the ongoing struggle between Israelis and Palestinians that began in the mid-20th century. He has been a faculty member at the University of California, Los Angeles (UCLA) since 1995 and has written extensively on the the modern Middle East, with particular emphasis on nationalism and on its social and cultural history.

“The Roots of the Israeli-Palestinian Dispute” is part of St. Scholastica’s Alworth Center for the Study of Peace and Justice series. The 2018-2019 theme, “Unraveling the Israeli-Palestinian Conflict,” focuses on the current state of the Middle East and America’s involvement in the region. Other events, all at the Mitchell Auditorium and all at 7:30 p.m., include: