Home » About Us » News » Concert to showcase drumming ensembles 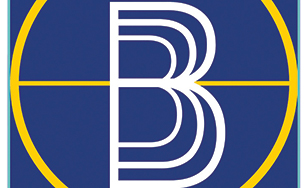 The Building Beyond Bridges concert will be at 7:30 p.m. Saturday, Feb. 29 in the Mitchell Auditorium on campus.

The Saints Percussion Ensembles will present an uplifting and energetic program showcasing a variety of global musical styles. They’ll be joined by musicians from Rice Lake, WI, High School, whose new steel band is the first of its kind in the region. The University of Wisconsin-Superior, the only other collegiate steel band in the area, will be a part of the show as well.

The percussion ensembles will present a program based on building bridges beyond music. They’ll perform four mass-band tunes: a soca (an offshoot of calypso), a Latin dance number, and two contemporary funk tunes.

Tickets are $5 and can be purchased at the door or by contacting the Spotlight Box Office at 218-723-7000 or spotlight@css.edu.

St. Scholastica is a 108-year-old private, independent college in Catholic Benedictine tradition. It has been named the top Minnesota college for economic mobility, and U.S. News & World Report includes it on its Best National Universities and Top Performers on Social Mobility lists. The College is ranked on Money magazine’s “Best Colleges for your Money” list, Princeton Review’s 2020 list of Best Midwestern Colleges, and Forbes’ Top Colleges list. The Center for First-Generation Student Success has named St. Scholastica one of the top 80 colleges in the country for commitment to first-generation students. Learn more at css.edu.