Home » About Us » News » Award-winning pianist to perform on campus

Award-winning pianist to perform on campus 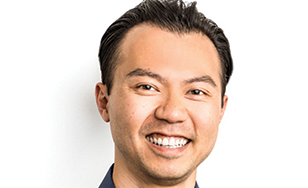 St. Scholastica will host an award-winning pianist for a recital at 7:30 p.m. Friday, March 20, in the Mitchell Auditorium on campus.

Pianist Brian Hsu, associate professor of piano at Loyola University New Orleans, will perform works from Franz Liszt’s “Second Year of Pilgrimage,” which was inspired by the composer’s journeys in Italy.

Hsu has enjoyed an active performing career throughout the United States, Asia, and Europe since his teenage debut with the Philadelphia Orchestra. An award-winning musician, he has appeared as concerto soloist with such ensembles as the Taiwan National Symphony, Juilliard Orchestra, Haddonfield Symphony, Sendai Philharmonic, and University of Michigan Symphony Orchestra. He has been a guest on New York classical radio station WQXR several times.