Home » About Us » News » All in at St. Scholastica

All in at St. Scholastica 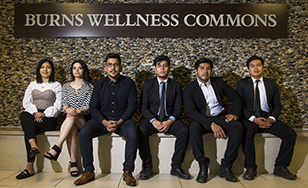 Jason Chavez-Cruz ’18 has blazed new trails for himself and his family, and personifies a positive trend in the recruitment and retention of Latinx students that is making the campus a more diverse and welcoming place. Several of his family members and classmates have followed in his footsteps to find success at St. Scholastica, and his story has attracted the attention of a MinnPost writer who covers “New Americans in Greater Minnesota.” Enjoy this news feature, which also features comments from Jason’s cousin Chanty Armijo-Cruz.