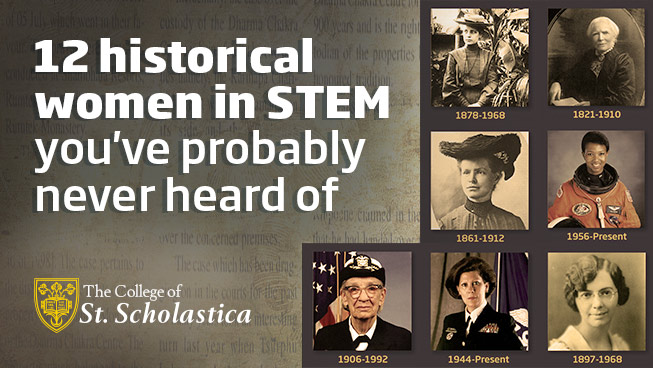 The phrase “women in STEM” has become something of a buzzword over the last few years. “STEM” refers to the fields of science, technology, engineering and mathematics, and its recent popularity is due, in part, to the nationwide initiative to encourage more women to pursue these often male-dominated fields. But before you discount this as just another trendy hashtag, it’s worth it to take a couple minutes to examine what this movement is all about.

There have been countless women throughout history who have used their knowledge of STEM subject matter to make groundbreaking discoveries and, in some cases, revolutionize our civilization. Unfortunately, many of the foremothers of STEM received little to no recognition for their work. The College of St. Scholastica is joining the dozens of organizations who are working to change that.

Many of the women listed below overcame tremendous odds and endured great personal sacrifice to achieve what they did. They paved the way for women in STEM today — people like you.

12 women in STEM who have impacted history 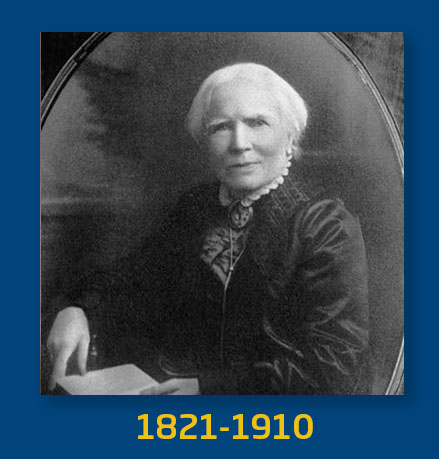 Elizabeth Blackwell is no stranger to blazing new trails. She became the first woman in America to receive a doctor of medicine (M.D.) when she graduated from New York’s Geneva Medical College in 1849.

She spent her life championing medical education for women and careers for women in medicine. She established the New York Infirmary for Women and Children in 1857 and published a number of widely respected books on the topic, including Medicine as a Profession for Women in 1860 and Address on the Medical Education of Women in 1864. 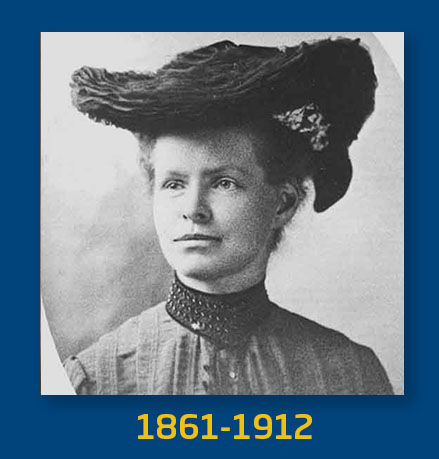 Nettie Stevens attended Stanford University in 1896, earning a bachelor’s degree in 1899 and a master’s degree in 1900, both in biology. She then pursued a doctorate in biology at Bryn Mawr College in Philadelphia.

Her investigations into cytology and the regenerative process preceded her discovery of X and Y chromosomes. This unearthing fueled a number of important scientific milestones, such as the establishing of the first firm link between a heritable characteristic and a particular chromosome. 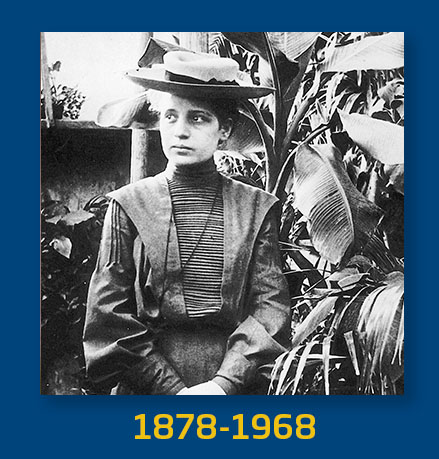 Lise Meitner has been called the “Mother of Nuclear Power,” although few are aware of her contributions to the field. This science maven earned a doctorate degree in 1906 after studying physics at the University of Vienna.

She later teamed up with chemist Otto Hahn. The most notable of the duo’s joint discoveries includes nuclear fission, for which Hahn was awarded a Nobel Prize in 1944. Meitner was not recognized for her role in this finding, leading many to cite that year’s prestigious honor “The Nobel Mistake.” 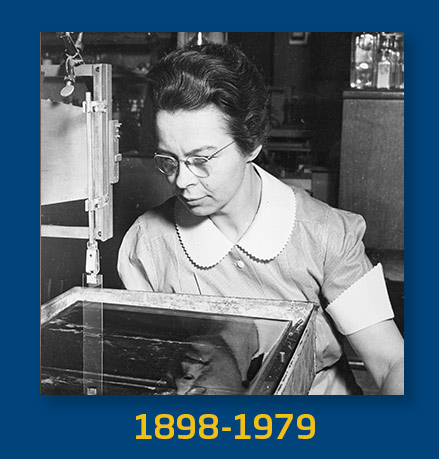 Katharine Burr Blodgett earned a bachelor’s degree from Bryn Mawr College and a master’s degree from the University of Chicago before becoming the first woman to earn a doctorate from England’s Cambridge University.

She was also the first female scientist hired at the General Electric research lab. An expert in surface chemistry and engineering, Blodgett developed the first system for creating non-reflecting glass. She worked on wartime technology improving the effectiveness of smoke screens, and she helped with meteorological sciences by developing a device to measure humidity. 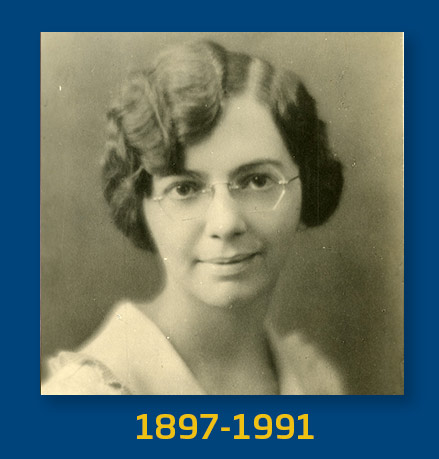 Florence Seibert graduated from Yale University with a doctorate in biochemistry in 1923. She then spent several years teaching in various colleges, her longest tenure being a 27-year stint at the University of Pennsylvania.

Penn is where Siebert began her most important work in tuberculosis (TB) research. She developed a system to purify a protein from TB bacteria that became the international standard for TB testing. It is still in use today. 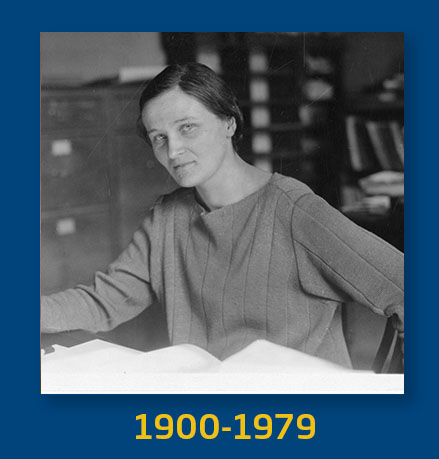 Cecilia Payne completed her education at Cambridge University in the early 1920s, although the university did not grant degrees to women at the time. She later traveled to the U.S. and became the first person — male or female — to earn a doctorate in astronomy from Harvard, where she would later become the first woman to head a department as the Chair of the Department of Astronomy.

Payne asked and answered a fundamental question of astrophysics — “What are stars made of?” — in her 1925 doctoral thesis. It was a groundbreaking discovery at the time. 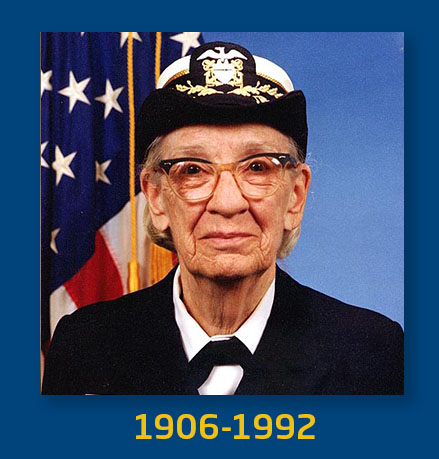 Grace Hopper is best known as the “Queen of Code.” Military leader, mathematician and computer programmer, she graduated from Vassar College in 1928 and earned a master’s and doctorate in mathematics from Yale in 1930 and 1934, respectively.

Hopper used her programming skills while serving her country in the Navy during World War II. There, she helped build Mark I, one of the world’s earliest computers. After the war, she continued her work at Harvard on Mark II and Mark III. She was the oldest serving officer in the U.S. armed forces when she retired from the Navy in 1986. 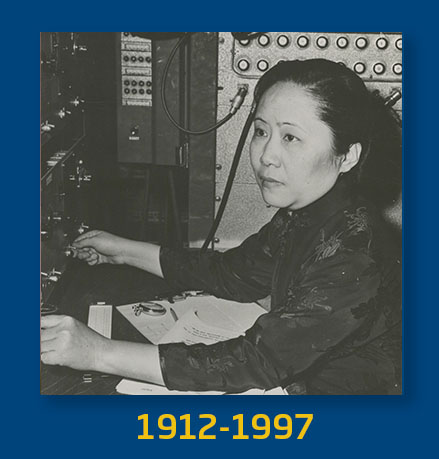 Chien-Shiung Wu has been dubbed the “First Lady of Physics.” Born in China in 1912, she graduated from the National Central University of Nanking in 1936 before traveling to the U.S. to pursue graduate studies. She studied physics at the University of California-Berkeley, earning a doctorate in 1940.

Wu later joined the Manhattan Project at Columbia University during World War II — the U.S. Army’s secret project to develop the atomic bomb. After the war, she continued her research at Columbia where she and two male colleagues disproved a law of symmetry in physics called the “principle of conservation of parity.” Both of her male colleagues went on to receive a Nobel Prize in 1957, while Wu’s contributions went unrecognized. 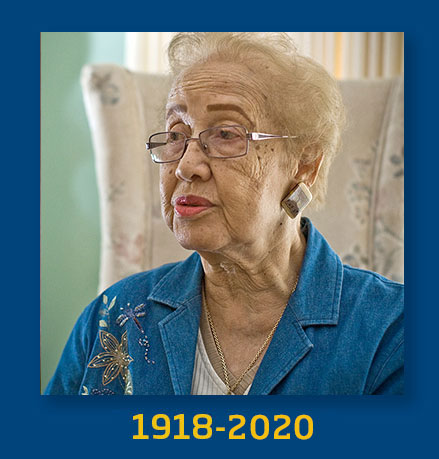 Katherine Johnson was only 15 years old when she enrolled at West Virginia State University in 1933. She would later go on to earn a graduate degree in mathematics, and in 1953, she was contracted as a research mathematician at the Langley Research Center with the National Advisory Committee for Aeronautics (NACA), the agency that preceded NASA.

She later joined an all-male flight research team on which her computations influenced every major space program, including  Project Mercury — the first man-in-space mission — and  Apollo 11 — the extremely well-documented Neil Armstrong / Buzz Aldrin mission to the moon. 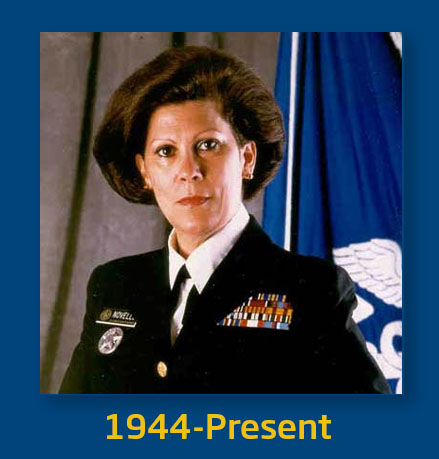 Antonia Novello knew she wanted to be a doctor when she was a young girl. She earned  a doctor of medicine (M.D.) from the University of Puerto Rico before traveling to the United States to complete her medical training in nephrology — the study of kidneys — at the University of Michigan.

Novello specialized in public health, pediatric AIDS, organ transplants and more throughout her medical career, which spanned more than three decades. She was appointed Surgeon General of the United States by President George Bush in 1990. She was the first woman — and the first person of Hispanic heritage — to hold that office. 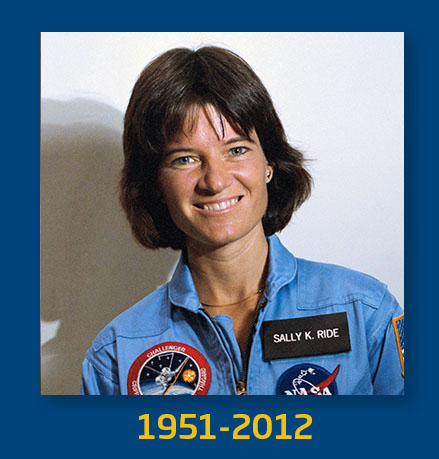 Sally Ride is arguably the most widely-recognized of all the women on our list. She attended Stanford where she double majored in English and physics, and then went on to earn a master’s degree in physics in 1975 and a doctorate in 1978.

Just after earning her doctorate, Ride beat out 1,000 applicants for a spot in NASA’s astronaut program. As a mission specialist, she became — as you may recall — the first American woman to travel into space on June 18, 1983. 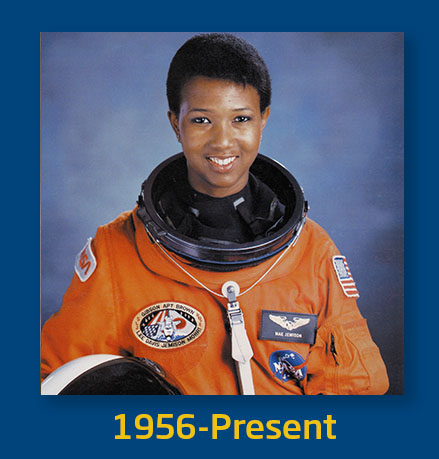 Mae C. Jemison had her sights set on biomedical engineering from a young age. She earned a bachelor’s degree in chemical engineering from Stanford in 1977 before transitioning to Cornell University Medical College. She studied in Cuba, Kenya and Thailand while enrolled at Cornell, earning an M.D. in 1981.

Jemison served as a medical officer for the Peace Corps in Sierra Leone and Liberia and, when she returned to the United States in 1985, she applied for NASA’s astronaut training program. She was among the 15 people chosen from approximately 2,000 applicants. She worked for years as a science mission specialist and, on September 12, 1992, she became the first African-American woman to travel into space.

Is it time for you to impact history?

These 12 historical women in STEM were and are true trailblazers in their fields, paving the way for decades of women to follow. Their accomplishments are mighty, and while many of them never enjoyed the recognition they deserved at the time, we know now that they changed the world as we knew it.

Is there a space for you among the ranks of these incredible women? Learn more about what The College of St. Scholastica is doing to encourage female students in STEM fields — it’s time to make your world-changing dream a reality!