The College of St. Scholastica student and associate professor team up for discussion on poets 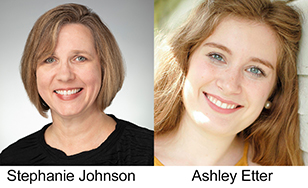 "Death and Desire in Dickinson and Rossetti", originally scheduled to be held in March of 2020 was cancelled for that date. Now rescheduled, the School of Arts and Letters Faculty Colloquium will be held from 3:40 - 4:40 p.m. on Friday, Jan. 29, 2021.

Writing in an era when women's bodies were covered, confined, and often endangered, Dickinson and Rossetti affirmed female desire and the value of the body.

English and philosophy double major Ashley Etter '22 will examine Dickinson's reconsideration of the female's role in traditional narratives of sin and shame and her engagement, above all, with questions about selfhood and identity.

The 40-minute talk will be followed by a question-and-answer session. The event is free and open to the public. Visit spotlight.css.edu to register.

Now in its 14th year, St. Scholastica's School of Arts and Letters Colloquium is a monthly lecture series highlighting faculty research in the SAL.