Scholar to discuss balance between genders 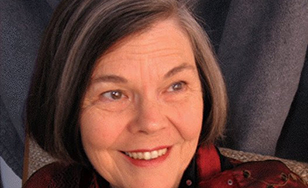 A scholar and best-selling author will examine concepts of masculinity and femininity in a free talk called "Rebalancing the World" at 7:30 p.m. Feb. 18 in the Mitchell Auditorium.

Carol Lee Flinders will emphasize returning an equilibrium and moving beyond traditional gender roles in her lecture, which is part of St. Scholastica's Alworth Peace and Justice Lecture Series. Refreshments will be served after the talk.

Flinders asks whether there are any two words in the English language that give rise to more confusion than "masculine" and "feminine." Do people really have a feminine or masculine side that needs to be awakened? Are certain values or cultures just inherently more masculine or feminine? She will also discuss primordial "Cultures of Belonging" and more recent "Cultures of Enterprise," and the powerful claims that each of them has on every one of us, regardless of gender. She will identify some of the ways we can begin to reconcile them, both personally and collectively, and she will talk about the book she is currently writing, "Our Fistful of Salt: Gandhi and the Global Women's Movement."

"In a very real sense," she says, "this book offers a kind of case study for the amazing things that can happen when conventional, polarized attitudes toward gender start getting dismantled."

Flinders earned a Ph.D. in Comparative Literature from the University of California at Berkeley with a focus on medieval women's mysticism. She became nationally known in 1976 through her co-authorship of "Laurel's Kitchen," an acclaimed guide to vegetarian cookery that has been described as a "renowned countercultural cookbook," and has sold more than one million copies. In 1993, she turned to writing a number of books on feminism and spirituality, including, "Rebalancing the World: Why Women Belong and Men Compete and How to Restore the Ancient Equilibrium."

The theme for this year's Peace and Justice speaker series is "Is Violence Inevitable?" The speakers are exploring the history of violence from an interpersonal level to war between nations. Refreshments are served after each talk.

The rest of the series includes:
March 10: "Why Civil Resistance Works" with Erica Chenoweth
April 7: "Crossing Lines, Doing Time" with Rosalie Riegle (presented in partnership with the Oreck-Alpern Interreligious Forum).