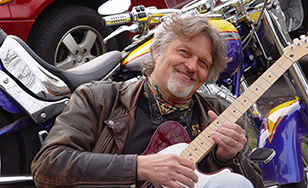 A concert later this month at St. Scholastica will feature popular local tenor William Bastian performing music from the end of the 19th century and the start of the 20th.

The "Fin de Siecle" ("turn of the century") concert at 7:30 p.m. Saturday, Oct. 22 will include a variety of works that mark the transition between two periods in history. Tickets for this Cambiata Music Series event are $10. For more information, visit spotlight.css.edu or call 218-723-7000.

"Fin de Siecle" refers to the closing of one era and the beginning of a new one, more specifically to the end of the 19th century, thought to be a period of decline, but also a period of hope.

"The end of an era can be a time of great transition, as some challenge the previous system while others hold to aspects of that system even after it becomes obsolete," Bastian said. "The musical selections of this presentation will highlight that theme of transition and bridge the gap between two eras."

"Cambiata" is Italian for "changed." The Cambiata concert series celebrates changing styles and the enduring value of music. The rest of the 2016-17 Cambiata season includes:

All performances are in the Mitchell Auditorium.