Jill Dupont on "The Athlete as Activist" 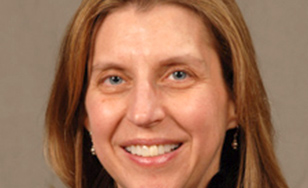 On the eve of Black History Month, an historian at St. Scholastica will take an in-depth look at the sometimes paradoxical social activism of barrier-breaking athlete Jackie Robinson.

Jill Dupont, assistant professor of history, will discuss "The Athlete as Activist: Jackie Robinson's Politics" from 3:40 to 4:40 p.m. Friday, Jan. 29 in Tower Hall room 4119. The public is welcome and there is no admission charge. Refreshments will be served.

Robinson broke the color line in professional baseball in 1947, symbolically opening the way for the broader integration of African Americans into other spheres of life. Martin Luther King, Jr. once said that Robinson had inspired him and paved the way for his own success.

Less is known, however, of Robinson's post-baseball career as an activist. Some historians point to Robinson's support of Richard Nixon in the 1960 presidential election as confirming what they perceive as a generally "conservative" approach to social change. That support left a number of Robinson's contemporaries confounded and disappointed. How could such a daring, courageous baseball player adopt political and ideological stances so at odds with the interests of most African Americans?

Drawing on his letters, newspaper columns, and work in the Civil Rights movement, historian Dupont will suggest how Robinson consistently worked toward a vision of citizenship and human dignity that was much broader and more forward-thinking than his critics have suggested. Though he was frequently courted by conservatives and liberals and by whites and blacks, Robinson remained independent in his allegiances and actions, driven by his belief that "a life is not important except in the impact that it has on other lives."

Dupont is a specialist in American social and cultural history, with teaching and research interests that include African American history and culture; race, gender, and ethnicity; theory and history of performance genres; and sports and society. Her talk is part of a faculty colloquium series now in its ninth year. The series provides visibility to diverse research projects by faculty members in St. Scholastica's School of Arts and Letters. The presentation is free and open to the public, and refreshments will be provided.