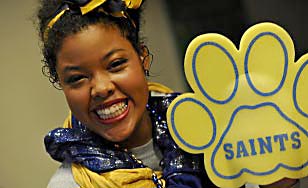 CSS Community comes together for a week of events

When the Baha Men released the song "Who Let the Dogs Out?" in 2000, they probably didn't envision hoards of students, alumni, faculty and staff at The College of St. Scholastica bobbing and dancing to it in a parade. But visitors to St. Scholastica on Oct. 4 may be lucky enough to see such a sight.

Why? Simple. It's Homecoming.

From Sept. 29 to Oct. 4, the school is hosting Homecoming Week, and with it comes the return of CSS alumni from across the country and a week's worth of events sure to get your school spirit rocking like the Baha Men's song.

"It's all about our students," said Lisa Roseth, executive director of Alumni Relations. "We want to create a vibrant campus and give them the opportunity to make lasting memories that they'll want to come back and relive during future homecomings."

It starts with the Homecoming Rally on Monday, where royalty is crowned and the Homecoming theme — "Who Let the Dogs Out" — is brought to life by students.

And it only gets better from there. Other highlights include:

Community Day – School's out, volunteering is in. The whole campus community goes out and volunteers around the community, with a dessert celebration upon their return.

Soccer games – Support the Saints as the women's and men's teams play double doubleheaders on Friday afternoon and Saturday afternoon.

Parade/Tailgate Party – Bring the whole family (dogs included) for the parade and tailgate party after it. But if you're thinking about entering a float beware — "The sisters always have a great float in the parade. It's hard for them not to win every year," Roseth said.

Football game – Cheer on the Saints as they take on the University of Northwestern on Saturday at 4:30 p.m. at Public Schools Stadium, with buses shuttling students to and from the game.

By the time the Homecoming Dance winds down early Sunday morning, students will have had the opportunity to participate in more than 50 hours of activities over the course of the week. And because it's also Family Weekend, they can share much of it with their parents and siblings — not to mention the hoards of alumni making their return. 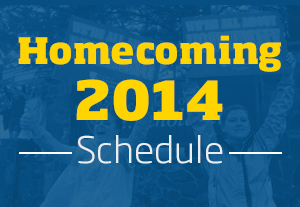 "I love how Homecoming brings college students, parents, alumni, faculty and staff all together and shows off their pride for Scholastica."

"The festivities of St. Scholastica's Homecoming made for a welcoming atmosphere unparalleled to any experience in my life. I was revved and ready to go 'be bold and Benedictine!'"

"Homecoming at CSS is special because it isn't just a week of school spirit, but rather a week that embraces human spirit."

Also, see what Saints are saying on our Homecoming Blog.