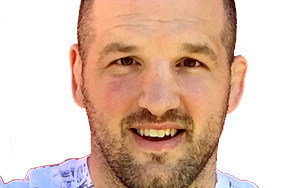 The ASL and Deaf Culture Club will host a deaf amateur champion wrestler for a free motivational event at 7:30 p.m. Friday, Nov. 13, in the Mitchell Auditorium on campus.

Matt "The Hammer" Hamill will give a presentation about his life and his journey to become a successful wrestler and mixed martial arts fighter. He'll give a motivational speech aloud and using sign language, and interpreters will be on hand to translate when needed. As ASL club president Gabriel Graves said, the event will provide audience members with a unique chance to see sign language in action.

Doors open at 7 p.m. for this free event.

While attending the Rochester Institute of Technology, Hamill won three NCAA Division III National Championships in wrestling. In 1997, he won gold medals in Greco-Roman style and freestyle wrestling in the Deaflympics in Denmark. He won a silver medal in Greco-Roman wrestling and a gold medal in freestyle wrestling in the 2001 Deaflympics in Rome, Italy. The 2010 movie "The Hammer" was based on Hamill's life story.