Email information is followed by @css.edu unless otherwise noted. 
Sarah Brokke Erickson received her BFA in Pre-Graduate Studio Art with an emphasis in Painting from the University of Minnesota Duluth. During her time there, she studied abroad in Birmingham, England and participated in an Art History Intensive in France. She received her MFA through a joint program between SACI in Florence, Italy and BGSU in Ohio.

Brokke Erickson has taught Studio Art, Art History and Theory, Honors and Dignitas courses at CSS since the fall of 2005, and has been the Art Program Director since 2015. She also directs the Mural Initiative Project, which is in its sixth year. This project has created collaborative community murals with local schools and non-profits, each of which have been supported by Arrowhead Regional Arts Council Grants, and has brought visiting Artists to the college.

She is also a visual Artist. Thematically, her work explores gender roles and traditions, relationships, and identity. She exhibits her work locally, as well as nationally and internationally.   Brokke Erickson is a 2015 and 2018 recipient of a Minnesota State Arts Board Artist Initiative Award, as well as a 2017 Arrowhead Regional Arts Council Fellowship. Her published work Portrait of an Artist received an Honorable Mention by the NEMBA, and a documentary of the same name was produced in 2017 by SHOOK productions. She has most recently illustrated a children's book titled 'A Common Thirst', written by Professor Emeritus Gary Boelhower, and published by Beaver's Pond Press. Dr. Carroll has taught Film Studies in the Dept. of Communication, Theatre and Art since arriving at CSS in 2006. He grew up near Fargo, ND before graduating Gustavus Adolphus College in 1995 with a double major in Philosophy and Political Science. He did graduate coursework in Philosophy and Cultural Analysis at the Univ. of Amsterdam (1996-7) before transferring into an MA program in Aesthetics at the Univ. of York, UK. In 1999, his thesis comparing Postmodern theory to the Kantian sublime received a distinction. Changing disciplinary focus to Film Studies, he graduated from Indiana Univ. in 2006 with a combined Ph.D. in Communication and Culture and American Studies. His dissertation investigated the impact of digital archiving on film history.

Since 2006, Dr. Carroll has designed a diverse Film Studies Concentration curriculum within the Communication Major. He has served as Chair of Faculty Assembly, taught two semesters in Ireland (2011, 2016), created the SAL Colloquium in 2007, supervises CTA internships and has co-organized eight CSS film festivals with Brad Snelling (CSS Library).

Dr. Carroll has published in several academic journals including Velvet Light Trap, The Moving Image, Quarterly Review of Film and Video and Movement (online). He received sabbatical for fall 2018 to edit a peer-reviewed reader contracted with Intellect Press (UK) titled: The Cinematic Sublime: Negative Pleasures, Structuring Absences, published September, 2020. It features chapter essays by Dr. Carroll and 9 other authors discussing intersections between Aesthetics (Phil.) and Film Studies. He regularly presents at conferences and was an invited presenter for the UMD Zombie Fest (2013) and the Duluth Art Institute’s ‘Saturday Morning Art Films’ series in 2017. Married in January 2017 on the island of Kauai, he and his partner Laurie are owned by two beautiful Siamese cats.

“Chimes at Midnight.”  Quarterly Review of Film and Video 29.5

“Mitchell and Kenyon, Archival Contingency, and the Cultural Production of Historical License.” The Moving Image 6.2 (Fall 2006)

“The Auteur & the Opera: Herzog, Nietzsche, and the Wagnerian Sublime” (Society for Cinema and Media Studies Conference, Philadelphia, PA, March 2008.)

“Analyzing a Scene and Writing about Film” (Invited lecture for “Homeland and Emigration in the Sagas of Icelanders,” University of California, Berkeley, CA, Oct 2002.)

“Pop Will Eat Itself:  Self-Cannibalism and the Politics of Absence in Todd Haynes’ Superstar:  The Karen Carpenter Story”          (Outside(r) Hollywood Conference, Dept. of Comparative Literature Cinema Studies Colloquium, University of WA, Seattle, May 2000.

Equal Access Award, College of St. Scholastica. Per description, “This award recognizes faculty who exhibit exemplary effort to engage students with disabilities in academic and interpersonal growth and development.” 2015.

Film Concentration in the Department of Communication, Theatre, and Art approved fall 2011

Small Grant Award from College of St. Scholastica to attend the Society for Cinema and Media Studies Conference, L.A., CA, 2010.

Small Grant Award from College of St. Scholastica to attend the Society for Cinema and Media Studies Conference, Chicago, IL, 2007.

Department of Communication and Culture Travel Grant from Indiana University for attendance at the Society for Cinema and Media Studies Conference, London, UK, 2005. 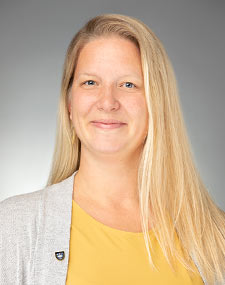 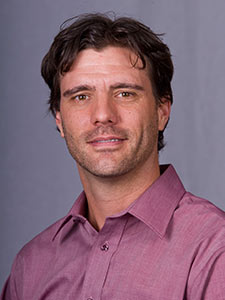 Department of Communication, Theatre, and Art 
Kelly holds a Bachelor of Fine Arts Degree in Theatre from the University of Wisconsin - Superior, and a Masters Degree in Advocacy and Political Leadership from the University of Minnesota - Duluth. Kelly is currently a PhD student in the Humanities and Culture Program at Union Institute and University in Cincinnati, OH. Her scholarship is focused on the intersection of Communication and Gender Studies, and specifically on self-esteem and social media usage. She serves as a Gender Equity and Anti-Violence Advocate (GEVA) on campus, and is the Director of Dignitas, our program for first year students. Kelly has also been very involved in the local community through local theatre, Mentor Duluth, Duluth Superior Area Community Foundation (Young Leaders Fund), PAVSA, and formerly co-chaired the Board of Directors for the Women's Community Development Organization. Her passions include advocacy and service, particularly related to issues of gender and violence in our community. 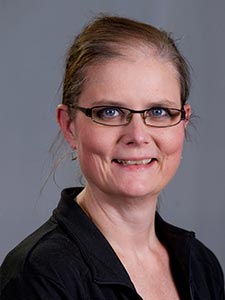 
Sharon teaches in the Dignitas Program and in the Communication, Theatre, and Art Department. She also Directs and acts as Musical Director for the College Theatre Program. 
Tammy Ostrander is currently the chairperson for the Communication, Theatre, and Art department. She also served as dean of the School of Arts and Letters for 12 years, and the Honors Program Director for 10 years. She holds a PhD in Communication from The University of Missouri-Columbia specializing in persuasion, argumentation, and theatre. She also holds a BA and MA in English from Northeast Missouri State University (currently known as Truman State University) where she focused on dramatic literature and medieval literature. For the CTA Department, Tammy teaches Persuasion, Argumentation, Directing, Film and Literature, and directs one play every academic year. Tammy is also a member of the Association for Theatre in Higher Education. Before working at The College of St. Scholastica, she worked at Westminster College in Fulton, Missouri.   In her free time, Tammy is dedicated to the arts: a musician (both a singer and a pianist), a theatre director, and an actor. She also enjoys exercising, quilting, reading, cooking, and the cinema. One of Ed’s areas of expertise is photography, as he is a photographer himself. He is also very knowledgeable and passionate about news media ethics and media law, which is why Mass Media Law and Ethics is his favorite class to teach.

After graduating from UMD, Ed worked at Channel 10 news, starting as a part-time newscaster and becoming News Director. After making it to the top at Channel 10, Ed decided to come to CSS because of the great opportunities the College had to offer.

In his free time, Ed likes to travel: to Ireland (which he loves because of its great photo opportunities), Germany (he has friends there and speaks the language), the Caribbean, and San Francisco (his two sons live there). Ed also enjoys reading (fiction and non-fiction), boating, riding his motorcycle, and visiting his cabin in Douglas County, WI.

Ed enjoys spending time with his three kids. His sons, Stuart and Ian, graduated from CSS and live in San Francisco; his daughter, Shannon, graduated from CSS in 2008 and was highly active in the theatre program, appearing in many plays including Antigone and Three Sisters. Ed’s wife, Debra Smith, is a 1977 graduate of the CSS Nursing Program. 
Dr. Merry Renn Vaughan is the director of the CSS Theatre program and teaches in the CTA department. She has a BFA in Theatre with an emphasis on directing and producing, a self-designed MA in Theatre Arts, and a PhD in Interdisciplinary Studies (her dissertation is about Dr. Seuss). Dr. Vaughan teaches Human Communication, Acting for the Stage, Introduction to Theatre and directs a production each year for the CSS Theatre. She is also active in the CSS First-year Program, Dignitas, serving on the Advisory Board and teaching in the program.

Adjuncts are listed during semesters in which they teach. 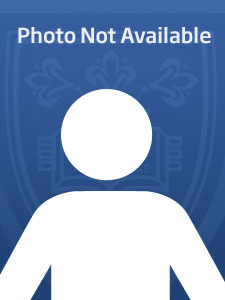 
Jess McCullough is a historian and archaeologist.  A Saint Scholastica alumnus, he enjoys working with students at the college to help them appreciate and take advantage of the opportunities the college can offer.  He has taught Dignitas since 2016.

Jess's research is on medieval Europe and particularly the Viking Age.  Outside of research and teaching Jess enjoys exploring various trails, lakes, and streams.