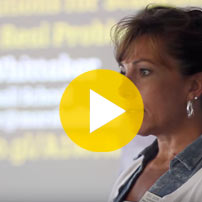 Conference sponsored in part by The College of St. Scholastica School of Education's 100% online Master of Education program.

Wing Young Huie
How Photographs Form Us: What Do You See?

Celebrated photographer Wing Young Huie has captured the complex cultural realities of American society for over 35 years. His photos have been shown in international museums — over half a million people viewed his traveling exhibit in China — but his best known works, Lake Street USA and the University Avenue Project, were epic public art projects that transformed Minneapolis and Saint Paul thoroughfares into six-mile photo galleries, reflecting the everyday lives of thousands of its citizens.

The StarTribune named him "Artist of the Year" in 2000, which stated: "Lake Street USA is likely to stand as a milestone in the history of photography and public art." In 2018 he was honored with the McKnight Distinguished Artist Award, the first photographer ever to receive the award in its 21-year history.

It is in classrooms and non-arts venues where his work has been most impactful, as he's given over a thousand presentations to audiences of all kinds — including K-12 classrooms, colleges, museums, non-profits, corporations, and places of worship — showing the various ways he's photographically engaged thousands of people.